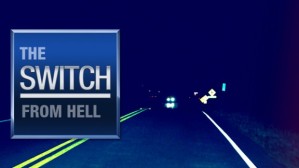 October 31, 2014:  “The Switch from Hell” about a deadly defect in a General Motors ignition switch, what Canadian officials knew, and when they knew it.

October 24, 2014:  “The Fear Within” This was the fifth estate’s 40th season premiere.  It was a very fast-turnaround show about the Ottawa shooting on October 22nd.

September 12, 2012: “Into the Death Zone” I was an intern at the fifth estate when I started research on this documentary. It was nominated for a Canadian Screen Award in 2014.

For two seasons at the fifth, I also coordinated the news roll-out for stories every week.  That included writing news and feature articles for CBC.ca, producing host interviews on News Network and CBC radio, and helping to create content for our website and social media, including live chats, videos, and interactive pieces.  You can see some of that work under the ‘ONLINE’ tab at the top.

This is one of the first stories I did for CBC’s Northbeat, the supper hour news show out of Yellowknife.

Here’s a short doc called ‘Church of Yoga’ that I put together with two colleagues for our TV Current Affairs show The 25th Hour at Carleton.

This is another short documentary called ‘Ice on the Vine’, that I produced for The 25th Hour.  The reporter is William Burr.